We love our new goodie bags! 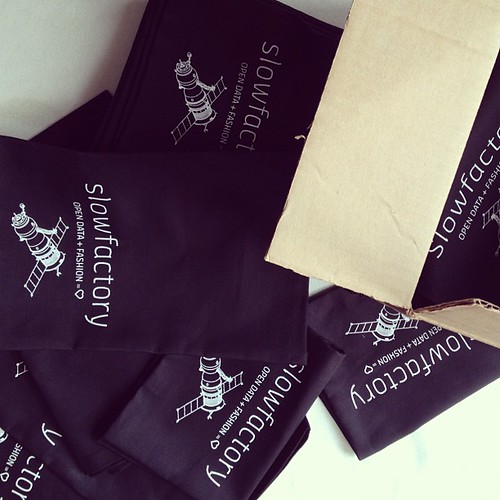 With all purchase of big scarves we will be wrapping your magical galactical beauties with these beautiful 100% organic cotton bags made in Canada with much love! xo -- Slowfactory team
Thanks to Love a Tree who made the bags look so cool! Wrap Around Bracelets are now $50 instead of $75 and they are so fashionable! This year let is be Alexandre McQueen or Hermés, all have designed scarves bracelets.
Here is quick little collage we made showing different styles made with wrap around scarves to inspire you to wrap your scarves around your wrists and look fabulous! Hurry! Sale ends on October 20th! Get them here exclusively!

The last Crab Nebula was sent to Chicago and then USPS kind of lost the package... We spent a week on the phone trying to trace the package.

Thankfully we were lucky to have USPS and Canada Post team up to find the lost package and delivering it to its final destiny after all!

We are re-ordering all the Sold Out items so we can get brand new stock right on time for the Holidays. We'll keep you posted!